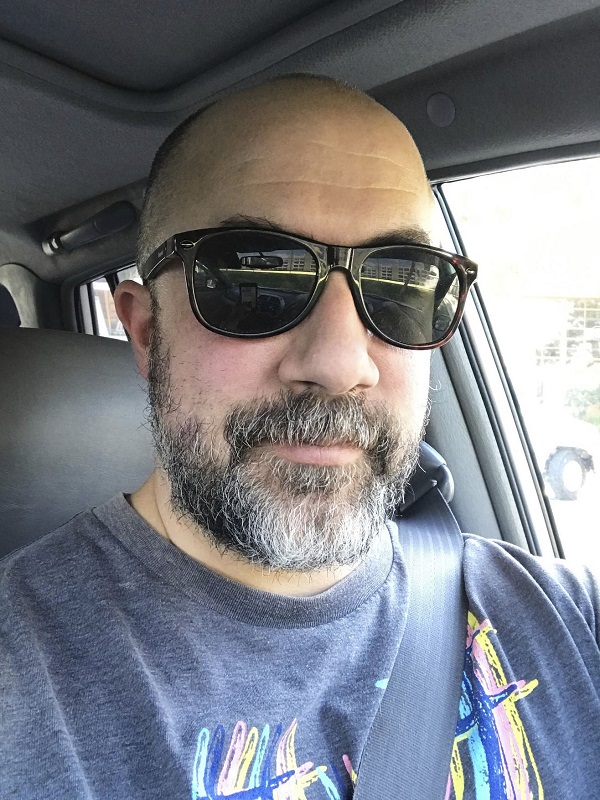 Chet Glaze was born in Fontana, CA in 1976. After a short enlistment in the US Army, Glaze attended college with the intent to study architecture. After a few studio art courses however, Glaze changed his major to studio art and completed his Bachelor of Arts in 2004 from California State University, San Bernardino with a concentration in Painting and Drawing. Glaze then attended the University of California, Santa Barbara for his Master of Fine Arts (MFA) which he completed in 2006. About my work: A real phantom is not separate from the person witnessing it. They are, in every sense, the same thing subjectively experiencing each other at the same time. Not unlike a simple reflection of the mirror, each interprets what it sees through the lens of their own unique experiences and various histories. The so-called “poltergeist”, often thought of as an autonomous entity, is really just the projection of trauma and the human attempt to cultivate it into something tangible, relatable, and fundamentally beautiful. This relationship between phantom and witness evokes the long standing puritanical American traditions of emotional denial, self immolation, repressed sexuality, and unspoken anger. My work seeks to explore this particular phenomena by engaging collective trauma through the lens of the space that exists between the phantom and the person who conjures it.