A.A.-T in Anthropology for Transfer
(with General Education Requirements Option B or C) 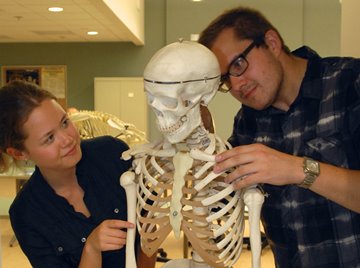 The A.A.-T Anthropology degree at MSJC was developed to provoke student interest in human issues. It provides basic information about humankind. It is also designed to stimulate critical thinking about existing stereotypes regarding the people around us in the world now and those who came before.

It would be difficult to find a college major or a career that would not benefit from the study of anthropology. This is the discipline that studies both the biological diversity inherent in the human species and the cultural diversity that has developed in human populations over time. For most of the possible careers involving a major in anthropology it is likely that students will have to complete bachelor, masters or even doctorate degrees.